Above: ADCIRC simulation of the maximum inundation depth (m) for regions above NAVD88 in the northern extent of the CACO region during the March 2018 Nor’easter for the 1.0 m Sea Level Rise scenario.

Assessing Nor'easter vulnerability for three New England parks
‍
The project investigates the impacts of Northeasters, colloquially referred to as Nor’easters, and other extratropical storms at three coastal parks, Acadia National Park (ACAD), Boston Harbor Islands National Recreation Area (BOHA), and Cape Cod National Seashore (CACO) amplified under a changing climate and higher sea level.  The team analyzes vulnerability to Nor’easters, looking at inundation, and wind damage. The results are presented through maps and three-dimensional visualizations of projected future impacts at higher sea level rise (SLR) that will help better plan for resource management, maintenance, and visitor access and safety.
‍
This project adopted the ADvanced CIRCulation (ADCIRC) hydrodynamic model used by NOAA’s Extratropical Surge and Tide Operational Forecasting System (ESTOFS) to provide real-time guidance for storm surges and tides at the US coastlines. Since the resolution of HSOFS is not sufficient to accurately represent the bathymetry, topography and coastlines at ACAD, BOHA and CACO ational k one of the major efforts was the modification of the ADCIRC mesh to increase its spatial resolution in the New England area. 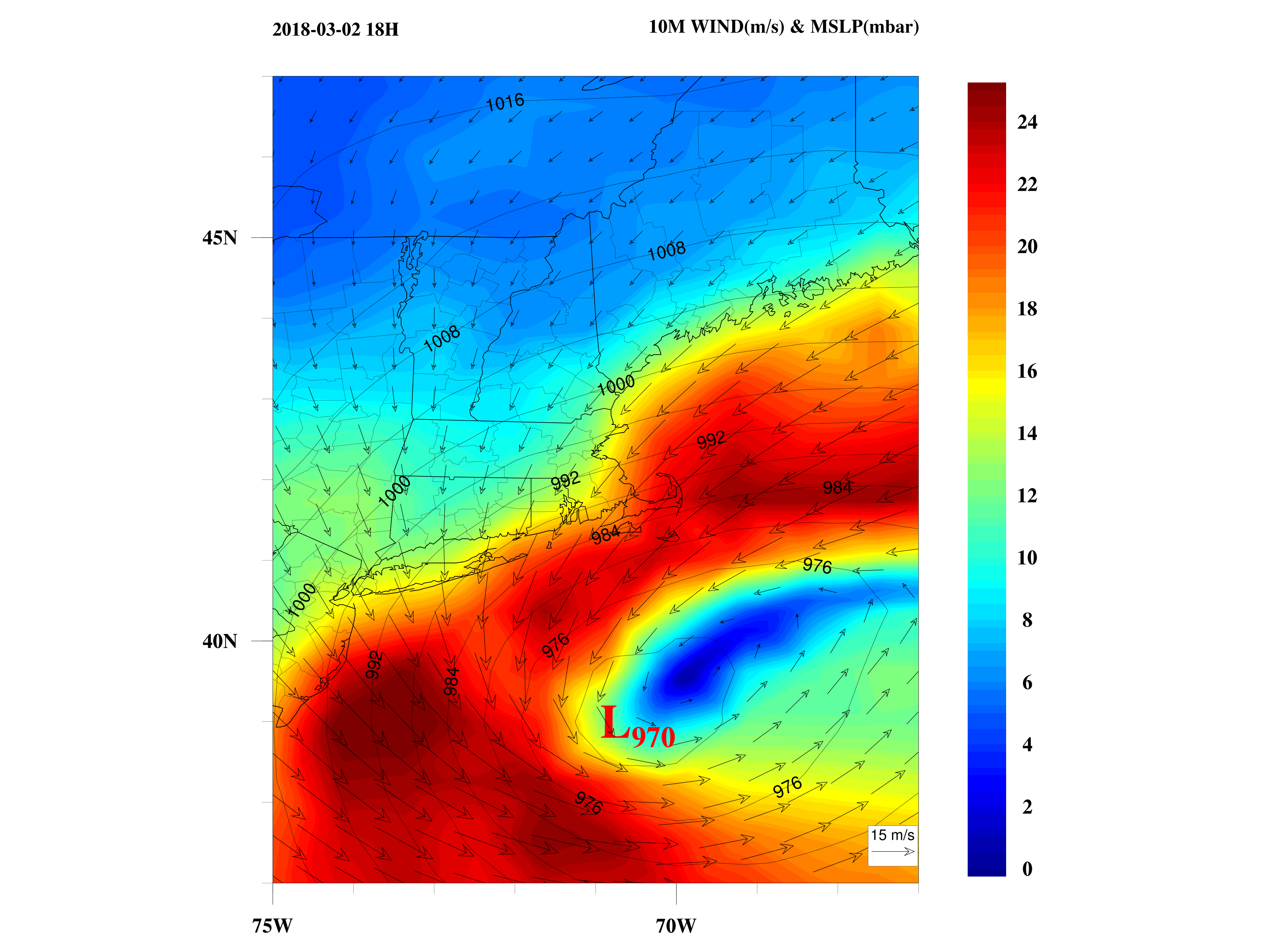 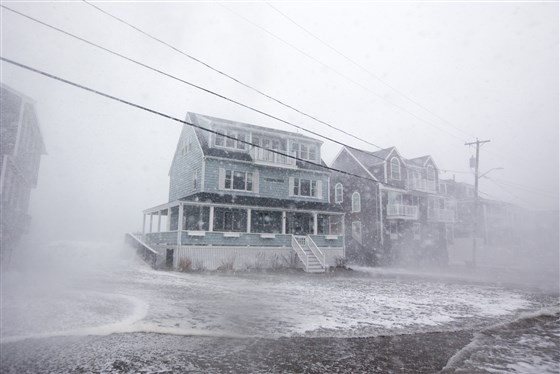 Above left: EMWF analysis of wind speed (m/s) and surface pressure (mbar) of the March 2018 Nor'easter, which is used to force the ADCIRC system.
‍
Above right: A powerful Nor'easter hit Massachusetts in March 2018. Source: Business Insider.‍

Four different SLR scenarios were incorporated that reflect SLR intervals consistent with projections from the Intergovernmental Panel on Climate Change (IPCC) Representative Concentration Pathways or localized projections made by the United States Army Corps of Engineers (USACE).   The SLR was incorporated in the model simulations through specification of a positive water level offset that corresponds to the associated SLR increment for the scenario.  The SLR scenarios predicted both an increase in the inundation footprint and an increase in the inundation depth at a given location as compared to the control (no SLR) simulation.  This effect can be seen in the maps of maximum inundation (seen at the top of this page) which shows the different footprints and inundation depths in the northern extent of Cape Cod.