Critical infrastructure facilities were selected in consultation with emergency management officials, key informants, the City Multi-Hazard Mitigation Plan and publicly available data from the Rhode Island Geographic Information System (RIGIS). They were informed by the U.S. Department of Homeland Security critical infrastructure sectors. These sectors include:

An initial workshop with stakeholders identified a number of critical facilities at risk to target for detailed evaluation of impacts and consequences of storm hazards. Spatial data from the state geographic information systems (GIS) database and critical infrastructure were identified in GIS (ArcMap, Version 10.5). Facility managers together and the Steering Committee assigned levels of importance for each facility and additional facilities to be evaluated were identified. Level 1 facilities (most important) were considered high priority to the Emergency Manager community and were included in the interview process. Level 2 (important) facilities were considered important, but not of high priority. Level 3 facilities (least important) were not engaged in the interview process. Spatial data for identified critical infrastructure were stored in a relational database.

Consequence Thresholds ─ the consequences resulting from a hazard such as a hurricane ─ were identified and collected through interviews with managers from the identified critical infrastructure facilities. In efforts to engage managers across all sectors of importance to the city, facility managers were invited to participate in a focus group interview with PEMA. This was complemented by individual interviews and site visits conducted by the team. 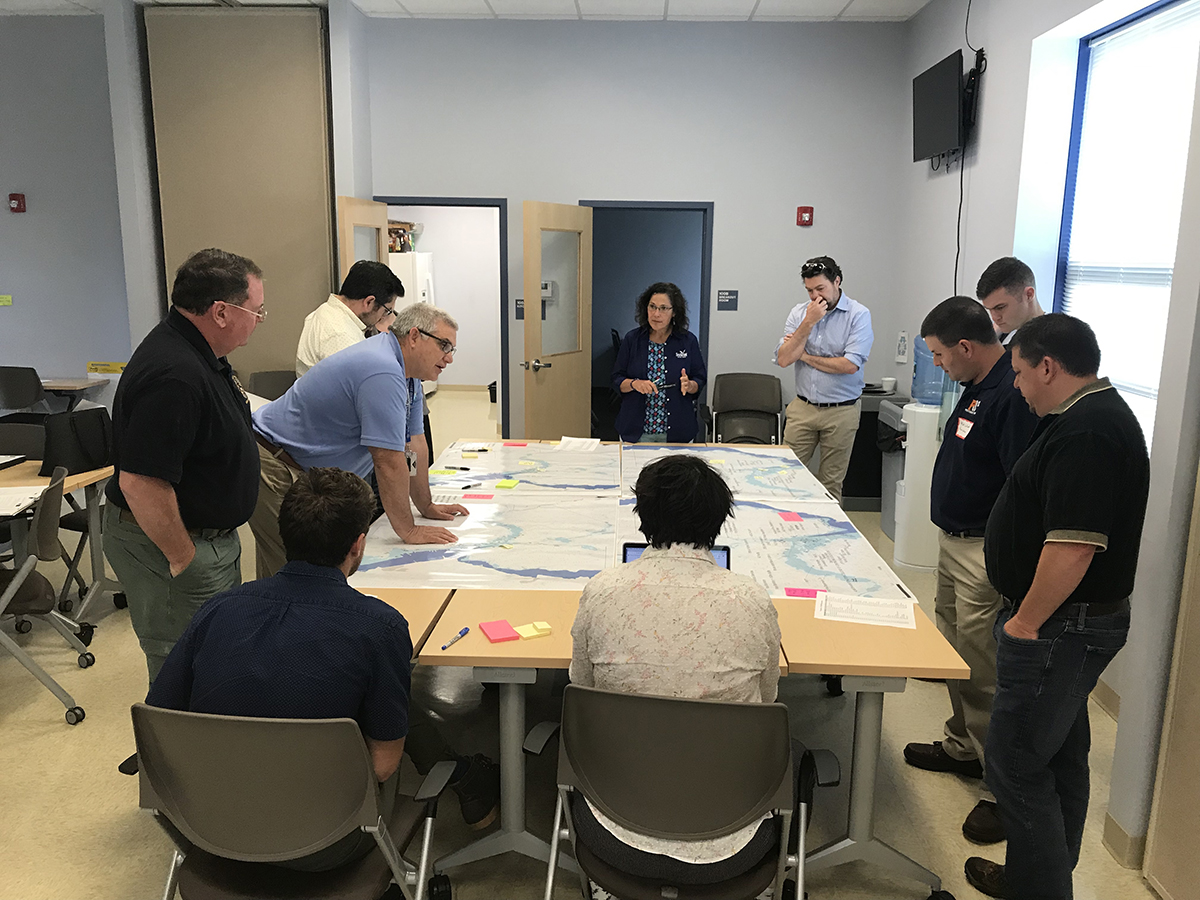 The University of Rhode Island team met with stakeholders across Providence to identify
critical infrastructure in the City's floodplain.

The pilot study conducted in Providence identified more than 300 “consequence thresholds” (CT) collected from managers of 45 critical infrastructure facilities located along the City’s 500-year floodplain. Of those collected, 86% were triggered by flooding, 12% were triggered by wind, and 2% were triggered by storm surge. Consequences for wave hazards were not collected due to the upriver setting of the study area. The sensitivity of the asset information was assessed for each CT using the following:

‍Level 1: Classified and available only to reporting facility (18 consequences)

‍One facility manager identified 6” flooding as the hazard threshold that would damage a generator at their facility. Upon further inspection, it was noted that the generator was on a 2” concrete slab and therefore the flooding hazard threshold to trigger the concern was adjusted to 8” at the asset location.

In some cases, it was possible to use the design thresholds of assets as the hazard threshold.

These consequence thresholds were incorporated into a database which overlays the location of the assets of concern on an interactive ArcGIS display of a modeled storm scenario. The platform filters the attributes in the consequence database to display the consequences triggered throughout the duration of a modeled storm event. For the Providence pilot study, two “worst-case” scenarios were modeled for one synthetic storm (Hurricane Ram) scenario. The characteristics of Hurricane Ram were developed based on plausible storms for the area, based on recent hurricane characteristics.

One scenario modeled the storm impacts throughout the study area with the Fox Point Hurricane Barrier open, and the other modeled the storm impacts with a worst case scenario where the Hurricane Barrier was closed and the pumps were disabled (resulting in a risk for inundation due to rainfall runoff during the storm on the “protected” side of the barrier). The resulting database presented to the local officials and Steering Committee, is a tool that can be utilized for emergency management planning scenario planning for extreme events. Ultimately the tool will be adapted to also be able to integrate with the outputs from real-time storm modeling to be emergency managers in their emergency operation centers as an actual storm approaches.