As part of the ongoing effort funded by the DHS Coastal Resilience Center, the ADCIRC model grid has been reconfigured with high resolution for the first time in Southern New England, including the Narragansett Bay and RI coastal waters. The grid is highly refined in order to properly resolve the complicated coastal geometry of the Southern New England coast. The computational domain boundaries over land are reconfigured to allow river inflows from the major rivers for combined inland and coastal flood modeling (Ullman et al. 2019).

URI researchers use a secure database and dashboard to allow RICHAMP users an interface between the following three components:
‍
1) The Esri ArcGIS Enterprise GIS system used in many state and local Emergency Operations Centers (EOCs) 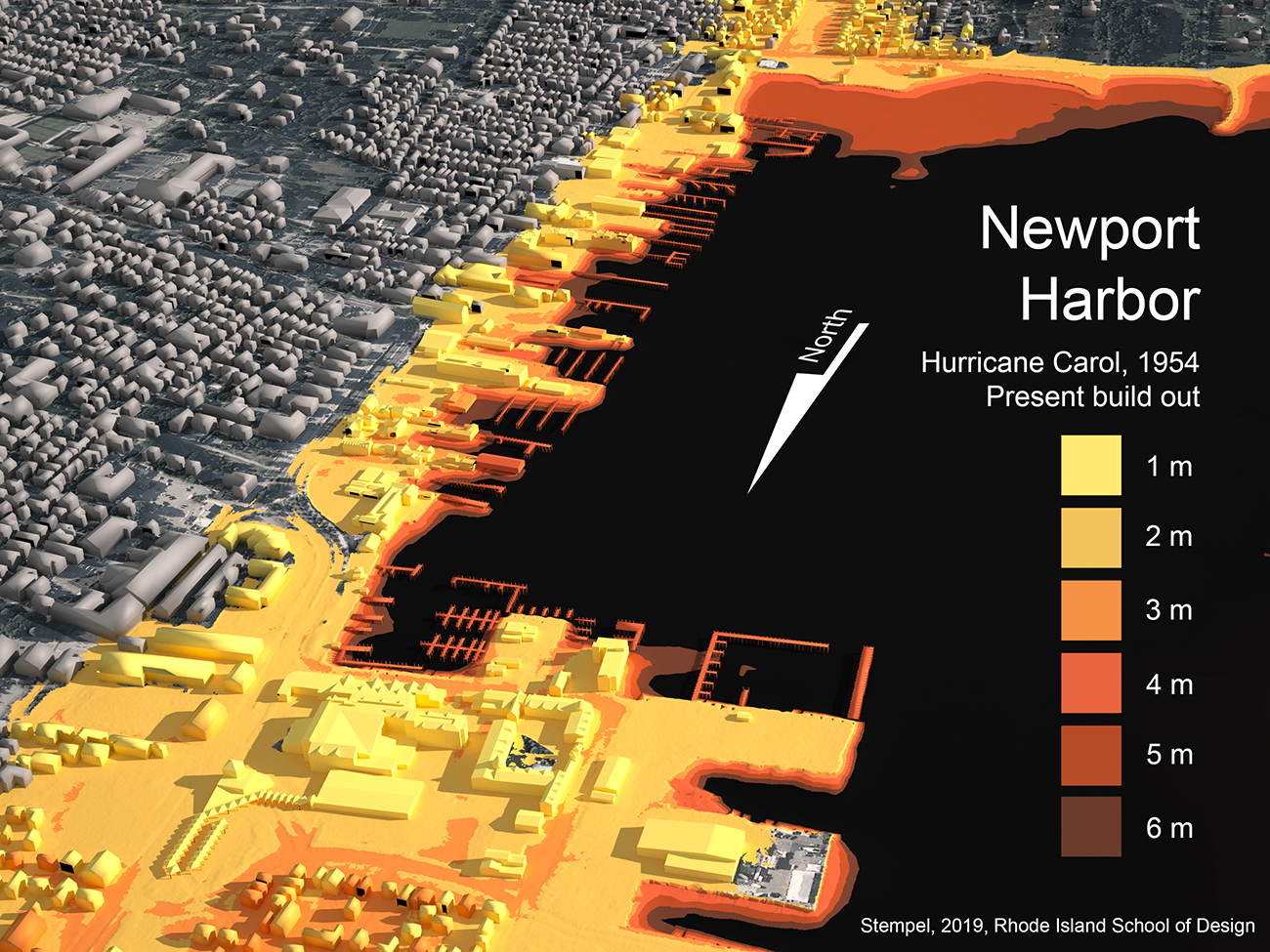 Right: The prediction system indexes data on the infrastructure consequence thresholds collected from local facility and emergency managers, combined directly into storm models, and provides a visualization and substantive information about potential consequences for infrastructure as a storm advances toward the region. For example, the system will be able to not only project the time during a storm that a critical backup generator may be flooded, but will also predict the consequences of the resulting power loss on dependent infrastructure.

The database can be customized for specific end users, displaying information relevant for the most relevant users or infrastructure sectors. Additionally, the database supports tiered user security access based on requirements of facility managers to ensure adequate protection of sensitive critical infrastructure information. Storm model outputs can be regularly updated in the dashboard to provide emergency managers with the most up-to-date storm conditions. The system can integrate with the outputs from modeled synthetic storm scenarios as well as real-time storm modeling used by emergency managers in their emergency operation centers.

RICHAMP’s online dashboard organizes storm consequence predictions as a time series, allowing users to scroll through a storm timeline and anticipate when specific impacts will need to be addressed. Predictions are automatically revised each time RICHAMP processes an updated storm forecast. Data displayed on the RICHAMP’s dashboard is automatically filtered based on a user’s system role and permissions. Entries can also be filtered based on critical infrastructure sector and other criteria. See a demo in this video.